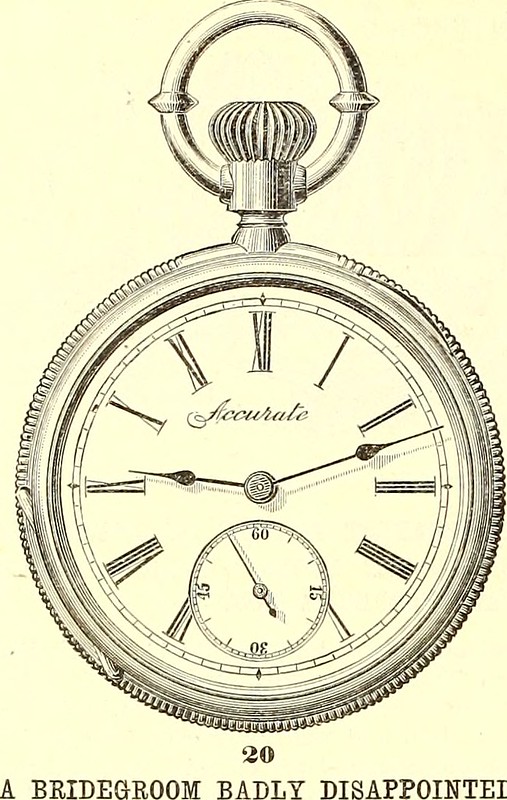 Watching this video made me realise how much of a PUSSY I am. Any type of tension or suspense I would turn away and watch from the corner of my eye or scroll down and look at the comments. When they slowed that song down. oweeeee. Chills. Watch Free The Boy: Bramhs. Real love is saying we can fight and still love. Support each other when tough times hit. Lol wrong timestamps. The title of the new horror dud Brahms: The Boy II raises some questions the film can’t answer. It flouts all conventions of sequel-naming, appending serious-business Roman numerals to the title of its 2016 predecessor The Boy, while also tacking on the name of the franchise’s breakout villain for maximum brand recognition. Discounting the overreaching attempt to have it both ways — you either rebrand or you don’t! — why awkwardly stuff the Brahms before the semicolon? It’s on par with referring to A Nightmare on Elm Street 3: The Dream Warriors as Freddy Krueger: A Nightmare on Elm Street III. Like a porcelain figurine turning its head and blinking, it simply doesn’t look right. So it’s a grim sign that this clunky title turns out to be the most distinctive, memorable element of the film. Viewers may expend more brain power than necessary on that title as they wait for the tedious, wholly unnecessary Brahms, Too! to end. Seemingly born from a mandate that all genre releases passing a certain box-office benchmark automatically receive the franchise treatment, this continuation extends a story that was already stretched a bit thin in The Boy. Photo: STXfilms Director William Brent Bell’s first swing at the material pulled a minor bait-and-switch by billing itself as an evil-toy picture, then revealing itself as a gaslight picture. A nanny was driven insane by Brahms, the creepy doll supposedly housing the soul of the prematurely deceased son of the English manor’s owners. But Bell took care to stage each fright in order to sustain the final revelation that the actual culprit was the real Brahms, alive and skittering around the walls. Though the film was no great shakes, that final segment introducing the bona fide Brahms had serious potential, in both the character’s lanky physicality and his eerie baby-mask. Bell’s biggest gaffe with the sequel is abandoning everything he’d already built to needlessly rewrite the mythos. Brahm and Brahmer 2 sends an entire family to the same haunted house, and this time, the supernatural menace has a basis in the film’s reality. Brahms the man is nowhere to be seen, and Brahms the object can now move, cause havoc, and apparently possess the souls of the innocent. More frustrating than the hazy nature of the character’s abilities is Bell’s refusal to depict them in action. Watching a foot-tall plaything flip over a dinner table would be either hilarious or terrifying, and either direction would be an improvement over the flavorless slurry Bell is dishing up. Echoing Midsommar, the film begins with a prologue of familial tragedy leaving a deep scar of trauma. A home invasion plays out while Dad (Owain Yeoman) is off working. Masked intruders brutalize Mom (Katie Holmes), while her son Jude (Christopher Convery) can do nothing but watch, leaving the kid with understandable psychological distress that he expresses as selective mutism. Stacey Menear’s script then delves into Pediatric Therapy 101, as Dr. Exposition (Anjali Jay) informs the unhappy couple that their son needs an external outlet of some sort to provide him with a safe conduit for emotional expression. He might as well be begging to get mentally subsumed by a demonic collectible. Following the migration of so many doomed scary-movie families before them, they flee the toxic scramble of “the city” for the wholesome serenity of “the country, ” both spaces defined as vaguely as possible. Their real-estate agent neglected to mention the events of Brahms 1: The Boy I in her sales pitch, however, and she leaves the spouses to fend for themselves as the resident specter seeps out of the doll and into their son. The metaphor — a once-cheery youngster is overtaken by malevolence, prone to sudden, inexplicable outbursts — is clear, though not particularly original. Here’s another instance in which keeping everything earthbound would’ve worked to the film’s advantage; instead of really reckoning with the inner workings of little Jude, the film can write his behavior off as magical jiggery-pokery with a simple fix. Snatches of eccentricity sneak in to the midsection, a mass of flab even as it occupies a fraction of the film’s slim 86-minute total. Reliable character actor Ralph Ineson perks up his scenes as the obligatory spooky groundskeeper, the only performer aware of the minor-chord pipe-organ music implied in all their dialogue. Pound for pound, the setpieces don’t hit so hard, with the marked exception of one sequence involving a broken croquet stake, shot largely through an upstairs window overlooking the lawn. The distancing effect gives the impression of deliberate creative action that’s otherwise absent from Bell’s indifferently-shot games of gotcha. (Sticking a jump-scare dream sequence inside a jump-scare dream sequence should be punishable by a hefty fine. ) Bell has somehow made a career for himself out of upward failure. Stay Alive, Disney’s dismal attempt at breaking into the slasher market, drew toxic reviews and box-office receipts to match. His little-seen Wer got a Japanese release in 2013, before getting shuffled into the direct-to-video bin in the States. Despite another round of panning, The Devil Inside kept him employable by proving he could pull a massive payday out of a sleepy late-winter release date, hence The Boy and its unholy offspring. He could probably continue to coast like this for the foreseeable future, churning out another broad horror concept every couple years, for release on an uncompetitive weekend. This past week brought the news that he’ll soon tackle a prequel to 2009’s Orphan, another opportunity for a lucrative phone-in. But at least the film’s working title is simply Esther, and not Esther: Orphan II. Brahms: The Boy II is in theaters now.

Watch free the boy brahms& 39; cursed. Watch free the boy 3a bramhs 27 curse new. Watch free the boy: bramhs' curse game. Watch free the boy: bramhs' curse free. Brahms: The Boy II is an upcoming 2020 American supernatural horror film directed by William Brent Bell and written by Stacey Menear. A stand-alone sequel to the 2016 film The Boy, it stars Katie Holmes, Ralph Ineson, Owain Yeoman, and Christopher Convery. Brahms: The Boy II is scheduled to be released in the United States on February 21, 2020, by STX Entertainment. Synopsis Unaware of the terrifying history of Heelshire Mansion, a young family moves into a guest house on the estate where their young son soon makes an unsettling new friend, an eerily life-like doll he calls Brahms. Cast Katie Holmes as Liza Owain Yeoman as Sean Christopher Convery as Jude Ralph Ineson as Joseph Anjali Jay as Dr. Lawrence Oliver Rice as Liam Natalie Moon as Pamela Daphne Hoskins as Sophie Joely Collins as Mary Production Development By October 2018, it was announced that a sequel was in development, with Katie Holmes had joined the cast of the film, William Brent Bell returning to direct the film, from a screenplay by Stacey Menear, with Matt Berenson, Gary Lucchesi, Tom Rosenberg, Jim Wedaa and Eric Reid serving as producers on the film, under their Lakeshore Entertainment banners, with STX Entertainment producing and distributing the film. [1] Casting In November 2018, Christopher Convery, Ralph Ineson and Owain Yeoman joined the cast of the film. [2] [3] Filming Principal photography began in January 2019 and wrapped that March. [4] Release It is scheduled to be released on February 21, 2020. [5] [6] It was previously scheduled to be released on July 26, 2019, and December 6, 2019. [7] References ^ Hipes, Patrick (October 23, 2018). " ' The Boy' Sequel A Go At STX With Katie Holmes, Original Director William Brent Bell". Deadline Hollywood. Retrieved February 4, 2019. ^ Hipes, Patrick (November 19, 2018). " ' The Boy 2' Adds Christopher Convery To Cast After Strong AFM". Deadline Hollywood. Retrieved February 4, 2019. ^ "Owain Yeoman & Ralph Ineson Board STX-Lakeshore's 'The Boy 2' With Katie Holmes". November 26, 2018. Retrieved February 4, 2019. ^ Kay, Jeremy (January 30, 2019). "Katie Holmes, Ralph Ineson horror 'The Boy 2' starts production for STX, Lakeshore". Screen International. Retrieved January 30, 2019. ^ "The Boy 2". Box Office Mojo. Retrieved June 21, 2019. ^ " ' Brahms: The Boy II' Will Now Haunt Theaters on February 21, 2020". 2019-10-16. ^ Squires, John (March 6, 2019). "STX Films Bringing Brahms Back to the Big Screen in 'The Boy 2' This Summer".. Retrieved March 6, 2019. External links Brahms: The Boy II on IMDb This page was last edited on 4 February 2020, at 18:53.

Watch free the boy 3a bramhs 27 curse lyrics. W atching Brahms: The Boy II, an awkwardly titled and staggeringly incompetent sequel to a film no one remembers, one’s mind will wander. After giving up on trying, and failing, to find some vaguely passable entertainment up on the big screen, a flurry of questions will circulate, ranging from the logical to the existential, an increasingly desperate attempt to understand the hows and whys of what got us all to this hopeless place. How did anyone think a sequel to The Boy was a worthwhile endeavour? Why isn’t Katie Holmes reading scripts before she signs on? How did a horror film get made by someone so unfamiliar with how to actually make a horror film? Why does any of this matter? By the end, wearily stumbling on to the street, these questions will remain frustratingly unanswered – except for the last one. Brahms: The Boy II doesn’t matter. It’s a carelessly made slab of nonsense, ferried along a production line without emotion or enthusiasm, assembled by a team of inelegant charlatans feigning interest in a genre they seemingly know very little about. The first film was throwaway sleepover fodder but it proved diverting enough, thanks to a nifty last act twist and a committed performance from The Walking Dead’s Lauren Cohan. She’s been replaced here with Holmes, a star of higher wattage yet one with a more limited skillset on display, playing her part with such an uninvolved lethargy it’s a miracle she doesn’t keep nodding off mid-scene. Brahms, a name that sounds like a collective term for the Inception trailer noise, is a controlling doll with a list of rules that his owner must abide by lest they face the consequences. After a home invasion leaves her on edge, Londoner Liza (Holmes) moves to the countryside with husband Sean (Owain Yeoman) and son Jude (Christopher Convery), who hasn’t spoken since the attack. They settle at a guesthouse near an abandoned mansion, hoping for some respite from the chaos of the city. But when Jude finds Brahms, buried in the woods, well, you really do know the rest. There’s something willfully unscary about what follows, as if director William Brent Bell is trying to prove a point, shining a light on the sheer pointlessness of this kind of by-the-numbers genre trash by turning the film into an almost satirically suspense-free exercise. It’s an explanation that makes more sense than the alternative, that this is somehow supposed to be taken as an earnest straight-faced sequel made by people who give just the slightest of a damn about what they’re doing. It’s so punishingly dull to watch, filled with dry, perfunctory dialogue from Stacey Menear’s consistently uninventive script and shot without even a glimmer of style, that even at a brisk 86 minutes, it feels like unending torture. Even the fun reversal of the first film, that the doll isn’t actually alive but instead, a man is living in the walls, is ruined by a finale that buckles under the weight of its own stupidity, as well as some god-awful CGI. Colon-loving Holmes, next seen in self-help adaptation The Secret: Dare to Dream, is so absent here that claiming she was on autopilot would suggest that she’s actually in the cockpit. She’s somewhere else entirely, probably sleepily wondering the same thing we are: why does Brahms: The Boy II exist and why is she starring in it? Hopefully she figures it out, because I have no idea. Brahms: The Boy II is out now.